Seaweed: The Next (re)Generation UPDATE

A HUGE thank you to everyone who supported our Seaweed: The Next (re)Generation crowdfunding campaign.

Thanks to your generous support and the matched funding contributed by our project partner The Intrepid Foundation, we’re delighted to announce that we have tipped over our initial fundraising goal of $350,000!

Here’s a video of Damon sharing the good news with Dr Brian von Herzen from the film who is leading the Tasmanian project.

The $350,000 raised will allow the Climate Foundation and the University of Tasmania to deploy Australia’s first marine permaculture test platform for restoration in and around degraded giant kelp forests in Storm Bay, TAS. To ensure the success of the restoration efforts, test lines with the thermally tolerant giant kelp genotypes attached will be deployed in high-nutrient waters. By using thermally tolerant giant kelp genotypes the project team increase the chance of survival of Tasmania’s warming waters, both on the platform and the propagated kelp in surrounding local kelp forests. The team will be planting the thermally tolerant giant kelps near salmon farms in Storm Bay, TAS so the kelp can absorb excess nutrients from the fish farms, while kelp spores regenerate neighbouring kelp ecosystems.

“Seaweed is the climate change solution that nobody saw coming – and the response to the fundraising campaign has been a brilliant surprise too” says Leigh Barnes, The Intrepid Foundation.

“Clearly, we can no longer rely on governments to take action. But the good news is that we’ve seen that there are a huge number of people who are willing to invest in solutions. It feels like the tide is turning and we’re thrilled to be part of the change.”

Scroll down for a detailed update and images from the project team in Tasmania.

Due to the incredible response to the campaign, we have extended our partnership with The Intrepid Foundation to keep the campaign live and set a new stretch goal.

We are now seeking to crowdfund an additional $125,000 that will again be matched dollar for dollar by The Intrepid Foundation.

This additional $250,000 in funding will allow Brian and his team to scale their regeneration efforts by deploying a larger 100m2 system in the deeper parts of Storm Bay, which uses wave-driven upwelling to irrigate the seaweeds. This will be another big step towards moving seaweed mariculture offshore, where it’s production can be more scalable. In addition, they will be continuing to expand the coastal restoration efforts of giant kelp and the growing of giant kelp alongside salmon aquaculture farms.

Please share the campaign far and wide to help us reach the stretch goal!

AN UPDATE FROM TASMANIA

For the breeding program, the project team decided to target giant kelp forests where heating from the East Australian Current has caused the decline of most giant kelp in Tasmania. Our theory is that the surviving giant kelps are more thermally tolerant than their neighbouring giant kelps. For this reason, we collected reproductive samples from this site for spore release. The spore releases were massive and we collected 18 family lines (6 from each site).

Now the giant kelp cultures we collected are producing good amounts of gametophytes. This means we’ll be able to commence the nutrient testing experiment very soon.

Images from the TAS breeding program (from left to right, top to bottom): 1, sporophylls (the reproductive part of giant kelp) are collected from numerous sites; 2, sporophylls are transported to the lab for preparation (some have been nibbled by unknown herbivores); 3, sporophylls are trimmed so that only sori remain, and are then cleaned and dried under dark conditions; 4, dried sporophyll sections are then rehydrated under bright lights to stimulate spore release; 5, spore release is allowed to occur over several hours; 6, after which the 'spore soup' is placed in flasks to allow development of gametophyte cultures (red light enables gametophyte development but stops fertilisation and ongoing development into the diploid sporophytes stage).

In addition to the breeding program, we have formed strong connections with local government and permitting bodies for restoration where the kelp grew. We are now planning offshore platforms that will enable sustainable production, only taking from the top metre of fully mature kelp forests and leaving the remaining meters as habitat on the offshore platform. 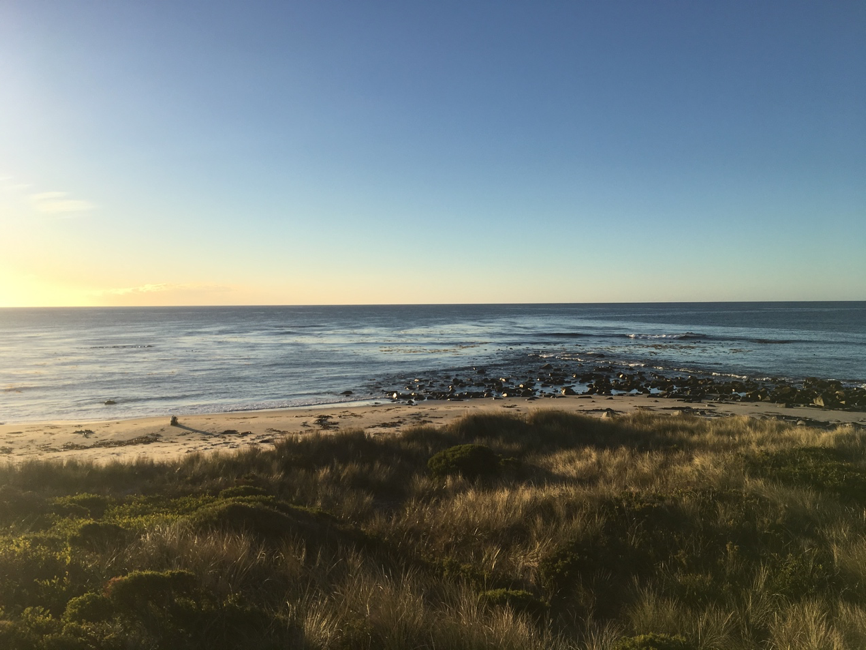 Above:One of the field sites that’s been prepared for the restoration trials.

If you’re as excited as we are about scaling this regenerative climate solution, please share the campaign far and wide to help us reach our new stretch goal!

Thanks again to everyone who’s contributed so far!

Together, we can all play a part in telling a new story for our planet. 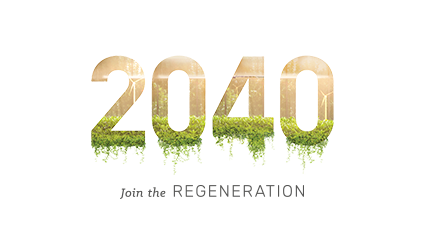 I acknowledge the Traditional Custodians upon whose ancestral lands I live and work. I pay respect to their Elders, past, present and emerging, and acknowledge the pivotal role that Aboriginal and Torres Strait Islander people continue to play within the Australian community. Sovereignty was never ceded.